Yesterday, I spoke of how football playoff tickets are selling for incredibly low prices; here in Denver, at lower prices than opening day.  Unlike mainstream retail chains like Best Buy, Sears and Macy’s, the people that typically buy expensive playoff tickets have above average incomes and savings; and thus, if they are not spending, clearly the rest aren’t either.

Amidst non-stop commentary of the widening disparity between “the 1%” and “the 99%,” one might get the impression everyone is either filthy rich or flat broke.  Of course, this is not true; as despite the rapid decline of the middle class, it does still exist.  Per below, 6% of the labor force earns over $100,000 per year – although just 1% earns more than $200,000; and thus, if a so-called “recovery” were actually occurring, one would expect strong spending trends in the high-end category.  Unfortunately, this is decidedly not occurring; as validated by this morning’s punk results from Coach, Inc. – by far, the most famous handbags maker in the world; which, by the way, blamed weak North American demand for its earnings shortfall. 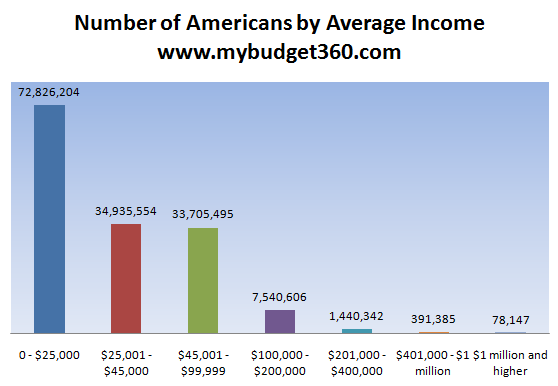 Worse yet, it appears the U.S. economy is “relatively stronger” than everywhere else; as the world round, nation after nation appear headed down the same rat hole as the late 2000s.  Just look at Turkey, Thailand and the Ukraine – which are literally collapsing; or Venezuela, where food shortages are becoming pandemic; or Italy, where bad loans just surged to an all-time high – up an astonishing 23% year-over-year.  And how about economic collapse poster child Greece – where deflation has become so bad, it’s just a matter of time before the Golden Dawn Nazi party takes power.  Yes, deflation; which is exactly what occurs amidst a depression when the government can’t print its own money; which is exactly what Greece’s new government will do, after the dying nation is either secedes, or is expelled from the European Union.

Validating EXACTLY what we have spoken of for years, an incredible article was released yesterday by the European Commission, citing how the

The still growing macroeconomic, employment and social divergences threaten the EU’s core objective; namely, to benefit all members. The latest review shows how the seeds of the current divergence were already sown in the early years of the euro; as unbalanced growth in some Member States, based on accumulating debt fueled by low interest rates and strong capital inflows, was often associated with disappointing productivity developments and competitiveness issues.

In the absence of the currency devaluation option, euro area countries attempting to regain cost competitiveness have to rely on internal devaluation (wage and price containment). This policy, however, has its limitations and downsides – not least in terms of increased unemployment and social hardship; and its effectiveness depends on many factors such as the openness of the economy, the strength of external demand, and the presence of policies and investments enhancing non-cost competitiveness.

Even we were floored by the EC making such an outright admission of its own frailty; and thus, even if Draghi actually attempts “whatever it takes” to save the Euro (i.e., limitless money printing and bond monetization), it will ultimately fail.  Moreover, given the aforementioned “factors” required to save the union are moving in the wrong direction, it’s only a matter of time before the impending Euro Zone collapse moves back to center stage.

And by “relative economic strength” in the U.S., we simply mean its possession of the world’s reserve currency has enabled the Fed to borrow more money and prop financial markets more effectively, than most; thus, giving the temporary illusion of improvement, when in fact none exists.

We don’t need to show you the horrific debt, money supply, inventory and unemployment charts that we have presented for years to prove this point again; as by now, it should be glaringly obvious that America’s “leaders” sacrificed any remaining chance at economic salvation in order to “kick the can” that last mile.  Now that high-end consumer spending – i.e., from those receiving the bulk of the Fed’s free money – is weakening as well, what’s left to “save the world?”  Surely not Europe, per above; and if IBM’s catastrophic earnings don’t illustrate how weak Asia is, NOTHING will.  That is, unless you consider the pending Chinese shadow banking collapse, which some believe will commence as early as next week.

Now that those “horrible headlines” are out of the way, let’s get to today’s “main event”; i.e., the utterly shocking statements made last week by Elke Koenig, the President of BaFin, Germany’s top securities regulator.  BaFin regulates all German financial markets; and thus, might be considered a roll-up of the U.S. SEC and CFTC.  And given Germany is the largest, most powerful nation in Europe, statements such as these are not being taken lightly.

Here in the States, government intervention has destroyed all semblances of free markets.  To a large extent, much of the same occurs in Europe; particularly with the aforementioned “whatever it takes” Draghi in charge.  However, such intervention is far more difficult to orchestrate, given that the ECB is beholden to the views of two dozen members.  Irrespective, Germany has clearly sought to separate itself from the Euro Zone collapse; although at this point, it’s unclear just how possible that is.

Obviously, the recent realization that Germany’s Federal Reserve and Bank of France held gold is likely gone has shaken its leadership (and citizenry) to its core; as not only is it fearful of a PIIGS-led European collapse, but has a very recent, horrific history with the catastrophic potential of fiat currency – and conversely, the saving graces of real money.

Specifically, Koenig said that in addition to currency rates, the manipulation of precious metals “is worse than the Libor-rigging scandal.”  And generally, “allegations (of manipulation in) the currency and precious metals markets are particularly serious, as such reference values are typically based – unlike LIBOR – on transactions in liquid markets, not estimates of the banks.  Moreover, “the financial sector is dependent on the common trust that (markets) are efficient and at the same time, honest.  The central benchmark rates seemed to have been beyond any doubt; but now, there is the allegation they may have been manipulated.”

Again, we ask you to consider the gravity of such statements from one of the world’s top securities regulators; particularly, one that likely believes the U.S. government has stolen its gold!  Essentially, we have validation from the most “mainstream” government official possible, in one of the world’s leading economies, accusing the U.S. government – not “bullion banks” like JP Morgan – of gold and silver manipulation.  Perhaps, not specifically, per se.  However, such statements clearly refer to the actions of the market’s largest participants; and in the case of gold, the “largest participant” is clearly the U.S. government.

Taking Koenig’s statement a step further, let’s explore just how much “worse than LIBOR rigging” Precious Metals manipulation actually is.  To start, just who was affected by a bunch of banks (NOT governments) colluding to fix money market interest rates?  I guess one could say “everyone”; but in reality, the impact on the average person was infinitesimal.  In effect, the LIBOR scandal was no different than “skimming” off the top; i.e., taking a handful of crumbs from each transaction and distributing the cumulative trillions to a handful of bankers.  Sort of like the computer-hacking schemes in Superman III and Office Space; wherein, the fractional pennies from each corporate payout were skimmed into a single bank account.

However, everyone has been negatively affected by the past decade-plus of gold and silver suppression; or, more accurately, four-plus decades of substituting them with fiat currency, purporting the former to be “barbarous relics” and the latter money.  In other words, the whole point of the LIBOR scandal was to rob institutions of their “spare change”; which, while illegal and unethical, never bankrupted anyone.  Conversely, by covertly suppressing gold and silver prices down – and justifying such actions via publications like Larry Summers’ “Gibson’s Paradox” and campaigns like Robert Rubin’s “Strong Dollar” – TPTB sentenced all but “the 0.1%” to generations of inflation, economic stagnation and financial serfdom.  In fact, it angers me to consider comparisons of the petty theft that was the LIBOR scandal and grand larceny that has been the Cartel’s PM suppression scheme.  Not that Ms. Koenig was making such a comparison; however, the fact that the entire “civilized world” colluded in this scheme for so long – Germany included – is beyond contempt.

To conclude, the horrific, government-led collusion to artificially suppress real money – at the altar of fraudulent, hyper-inflating fiat currency – dwarfs the importance and ramifications, of all other financial scandals combined.  The fact that a leader of one of the world’s most powerful nations is openly discussing it should serve as a “shot across the bow” of the entire world; as clearly, this illicit, world-destroying scheme is on its last legs.  As the global economy weakens; money printing accelerates; and PHYSICAL gold and silver inventories drain, the odds that “tomorrow” is the day the global fiat Ponzi scheme collapses grow with each passing day.

Ignoring such potentially earth-shattering statements could mean the difference between bankruptcy and wealth; and more importantly, financial survival and bankruptcy.  It won’t be long before EVERYONE is parroting Elke Koenig’s statements; and, for that matter, the Miles Franklin Blog’s.   Which is why you must PROTECT yourself, and do it now!